Enter a world where stuffed animals come to life!

A massive hurricane destroys an airport and stuffed animals are left behind as their humans are ferreted away to safety. Eight stuffed animals band together and make it their mission to return the other toys to their human homes. As our first book, THE CHRISTMAS OPERATION, opens, all of the wayward toys have been brought home, but the Return Squadron has one mission left – to steal the Map of Everything and prevent it from falling into human hands.

Join Jurgen the Gorilla, Throne the Lion, Bronze the Golden Eagle, Bottle the Dolphin, Ray the Brown Bear, Dev the Lynxwoman, Ptera the Pterodactyl, and 3 the Triceratops as they battle for Everything Machine!

The Everything Machine Trilogy is comprised of the first three books of the STUFFED ANIMALS FOR HIRE series:

A Lost Map. A Missing Key. A Powerful Machine. And Nine Stuffed Animals Battling for the Fate of the World!

Welcome to The Christmas Operation, Part One of The Everything Machine Trilogy!

A team of heroic stuffed animals are ready to undertake their final mission together.

Lost for decades, the Map of Everything has been found in Los Angeles, and our heroes undertake a daring mission to steal the map to prevent it from falling into the hands of humans. Why have these heroes become thieves? Because the Map of Everything isn’t just a map, it’s one part of the Everything Machine, a powerful device that can send you anywhere in the universe: Boston, London, Mars, even Yarnopolis, the fabled homeworld of all stuffed animals!

But not everything is as it seems inside the Return Squadron. Some members of the team don’t want to steal the map to keep Yarnopolis safe, they want to steal it so they can conquer it!

Loyalties will be put to the test as Jurgen the Gorilla, Bronze the Golden Eagle, Throne the Lion, Ray the Brown Bear, Dev the Lynxwoman, Bottle the Dolphin, 3 the Triceratops, Ptera the Pterodactyl, and Mister Squid fight not just with the Ghost Battery, but with one another to acquire the most powerful piece of the most powerful device in stuffed animal history! 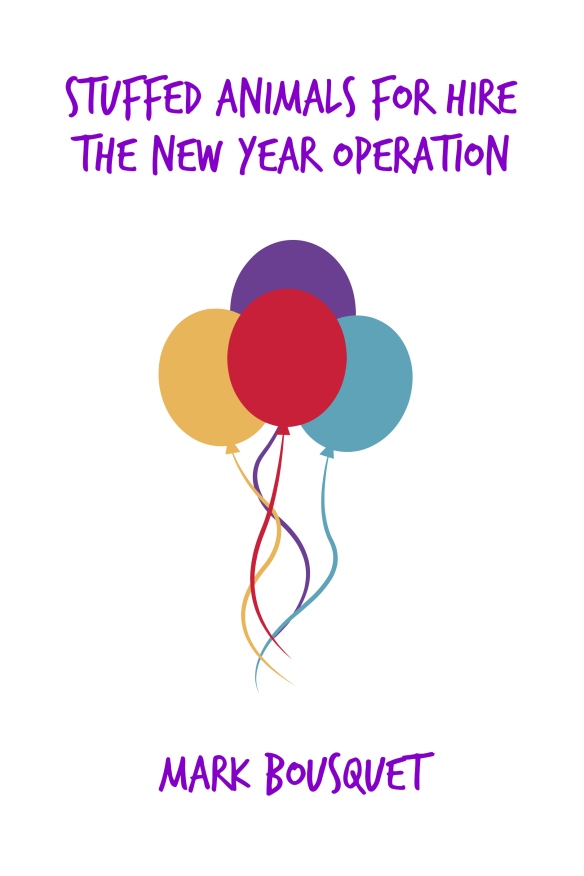 Bronze, Dev, Ray, and 3 make their way to San Francisco in an attempt to capture the Astrolabe of Everywhere and prevent Mister Squid, Throne, Bottle, and Ptera from journeying to Yarnopolis. Secrets of Bronze’s past are exposed, stuffed animals are sent blasting through time, and two members of the Stuffed Animals for Hire are arrested!

With two members of the SAFH arrested and Agent Aislee Ryan missing, can anyone stop Mister Squid from acquiring all of the pieces to the Everything Machine and reaching Yarnopolis?

All content on related to Stuffed Animals for Hire, Space Buggy Press, and this website are copyright Mark Bousquet, unless otherwise noted, and may not be used without permission. Contact Space Buggy Press at spacebuggypress[at]gmail.com.