Welcome to the Meadow!

Inside the Meadow there are five furry kids who like to go on adventures. They call themselves the Five and there is no end to the mischief they can find. Join Farm the Half-Wolverine, Aurora the Fox, Jasper the Porcupine, Flake the Rabbit, and Notter the Otter as they venture to Wonderland, the North Pole, and the far reaches of space! 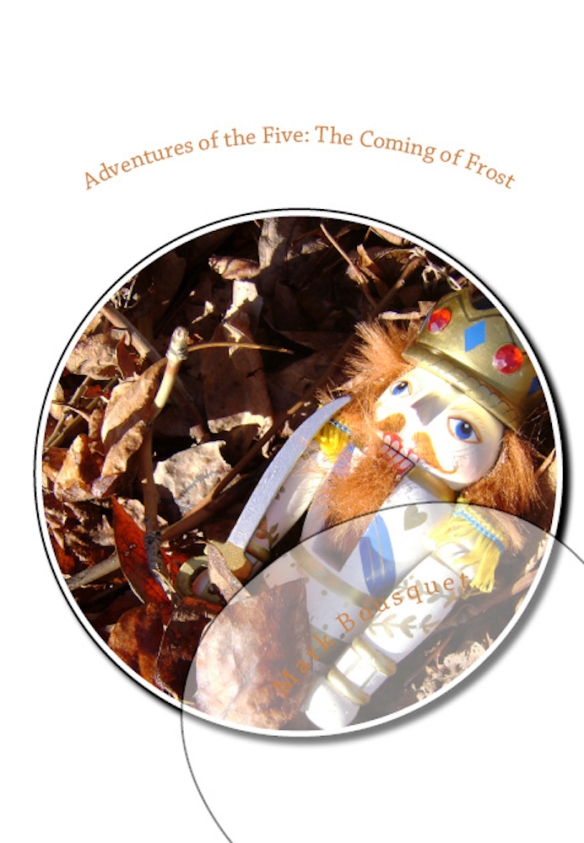 Adventures of the Five
Book One: The Coming of Frost
Written by Mark Bousquet
Purchase: Paperback / Kindle

Welcome to the Meadow! THE COMING OF FROST is an all-ages tale of five furry friends trying to stop an evil human from conquering the fantasy realm of Wonderland 31. Thirty years ago, Johnson Frost was just a kid from the Real who got lost and ended up in the Fantasy, where he was to meet his destiny by saving the Wonderland 31. When it was time to go home, however, Johnson refused, hiding in the mountains where he helped the Yetis battle the Nutcracker Army for control of Wonderland. Eventually defeated and exiled back into our world, the once wide-eyed kid grew into a bitter adult with dreams of making himself king!

In the present, a new generation of kids visit Wonderland 31. Farm the Half-Wolverine, Aurora the Fox, Jasper the Porcupine, Flake the Rabbit, and Notter the Otter find the entrance while exploring abandoned miner’s tunnels inside the Western Mountain. They encounter a world of Nutcrackers and Yetis, of Marshmallow Bogs and Gingerbread Castles, and learn that Frost is coming back to conquer Wonderland with his Army of Invasives! It’s up to the Five to stop him. Ignored by their parents and the Meadow’s Elders Council, the Five embark on the most dangerous adventure of their young lives to save both their home and a world they only just discovered!

The Five are back! It’s March in the Meadow and Christmas is the furthest thing from the minds of Farm the Half-Wolverine, Aurora the Fox, Jasper the Porcupine, Flake the Rabbit, and Notter the Otter, but a visit from the Christmas Ghosts changes all that.

The North Pole is under attack by unknown assailants, Santa Claus (both of them!) is dying, and it’s up to the Five to save Christmas! The Five do not travel to the North Pole alone, however, as Aurora’s little sister, Pyxis, surprises them by tagging along. The young fox faces a series of trials alongside the Five she could never have imagined facing, and learns the value of friendship and the true meaning of sisterhood. Can Pyxis save Farm’s life, win the Reindeer Games, and become the Queen of the Polar Bears? Which member of the Five gets swallowed by a whale? Who discovers a buried secret deep below the North Pole? Can the Five save Santa Claus (both of them!)?

Joined by old friends and confronted by new enemies, it’s up to the Five to journey to the top of the world and stop the ancient evil contained within the Scarlet Nutcracker! Big Orange Toy Box is a new imprint committed to quality, adventure-driven entertainment for an all ages audience.

The Five is hot on the tails of Jasper, who has managed to get lost in space as he searches for the Cobalt Nutcracker!